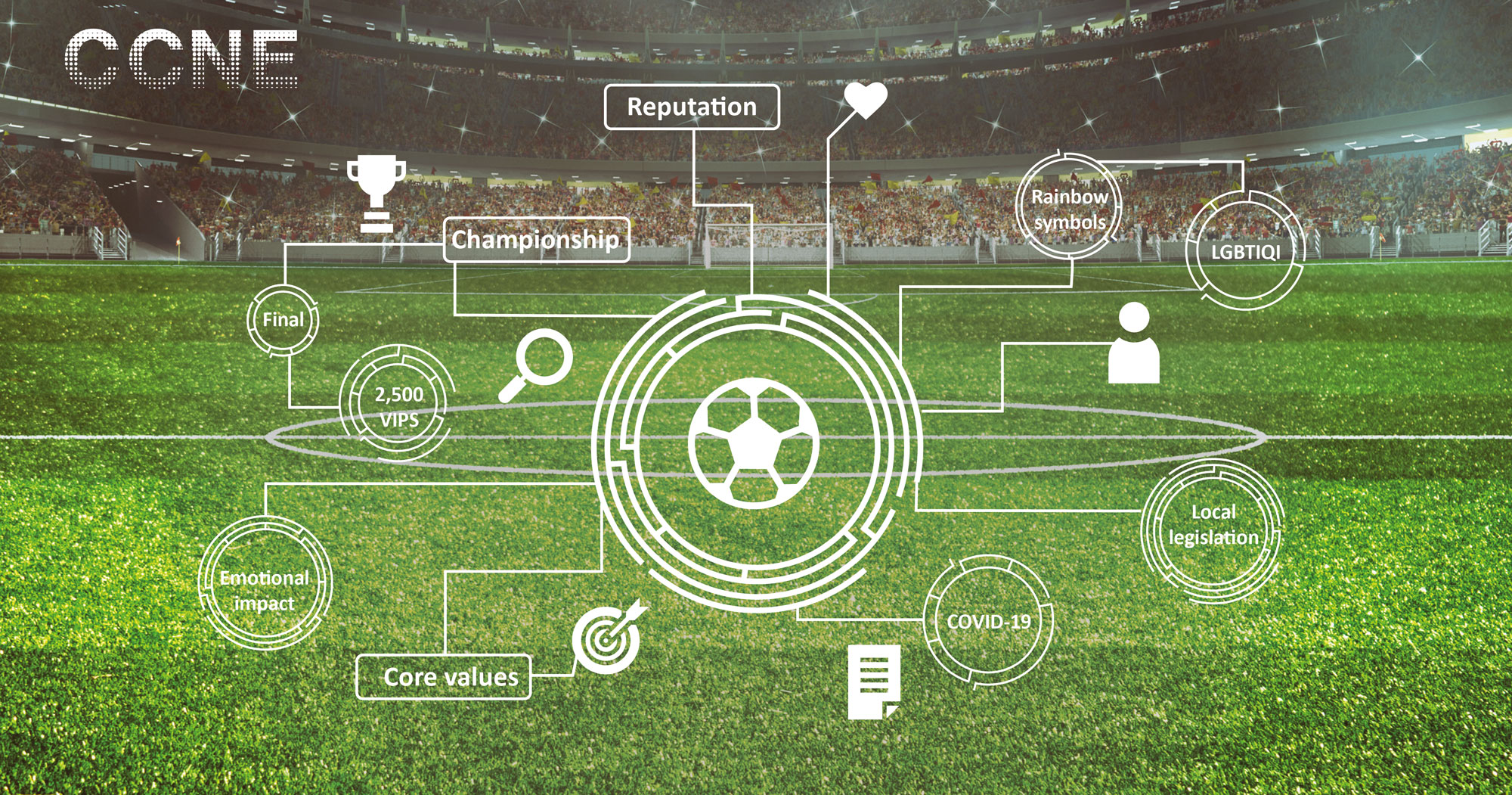 New times are dawning for international sports associations. More than ever before UEFA had to justify itself for its actions. In almost every European country the association has been criticised for full stadiums and its inconsistent dealing with the LGBTI-community. On the occasion of the finale this Sunday, CCNE-members from the United Kingdom, Germany and The Netherlands give an impression how UEFA is perceived in their countries these days.

With a global culture war underway, any organisation operating on the international stage is invariably walking through a minefield. Add the emotional impact of sport, and you have an explosive mix. All the more reason to tread carefully, you would think.

By not sticking universally to core values, UEFA has got itself in a predictable tangle. You cannot declare your tolerance and respect for diversity as a principle and ban rainbow flags or displays to be ‘compliant’ with local legislation. Faced with a rainbow flag, they’re run up the white flag – an untenable position.

Ironically, they have less interest in local legislation when hard cash is at stake. In contravention of UK COVID legislation, UEFA wants 2,500 VIPS to attend this Sunday’s final in London without being subject to quarantine regulations. If the final becomes a ‘super-spreader’ event, UEFA’s reputation will have suffered a heavy defeat.

For UEFA’s reputation, Euro 2020 was a failure. Not only is there the fact of demanding full stadiums in the midst of a pandemic, but especially the disastrous handling of LGBTIQI issues in terms of communications.

When the city of Munich asked UEFA to illuminate the Allianz Arena in Munich in rainbow colours to show support for the LGBTQI community, the association decided against it. The reasons were obvious: the UEFA avoided upsetting Hungary’s Victor Orbán. In previous years, the issue would not have had such impact on the public, but times have changed and UEFA has not recognized that this applies to the way their actions are viewed in the public eye as well. They have underestimated the public outcry. Regarding the very controversial World Cup in Qatar in 2022, ICO and FIFA would be wise to use UEFA’S failed communications strategy as a blueprint and prepare themselves specifically for these communicative issues.

After the Dutch media speculated that the rainbow symbols would be prohibited in the fan zone and the football stadium in Budapest, there was a lot of concern among the fans. Also, this news caused a lot of discussion about the ban, as the decision was announced shortly before the match. On the other hand, the ban was in contradiction with the ‘One Love’ campaign of the Dutch Football Association (KNVB). Was the focus still on the game?

With the Dutch football march, Budapest turned orange early in the afternoon. Despite the coverage of the ban on rainbow-colored symbols, at least one colour was abundantly represented in the city. Before the match, the fan zone also turned all orange, with more than 10 thousand predominantly Dutch fans. The 1/8th final started at 21:00, in a crowded colourful stadium. Although orange was in the majority, the fans were allowed to proudly carry the other colours as well. Not only the fans could support the ‘OneLove’ campaign for 90 minutes, but also the captain of the Dutch national team, by wearing the Rainbow Captain’s Armband. Georginio Wijnaldum wore the OneLove armband, as a statement against racism, discrimination, and exclusion. Despite the Netherlands was eliminated, we have managed to fill the stadium colourfully, even due to circumstances.